Nice little thing that would be real cool to have as a watch.

Ah, good point. I collected a whole bunch of Julian-day-number-to-date conversion functions off the internet and then ended up having to write my own from scratch because they all relied on 32-bit integer arithmetic. I imagine there are probably other problems with my converter as well. For instance, the Gregorian calendar started in the 1500s; before that it was the Julian calendar, which differed by a couple of days at the 1AD mark. Probably better to use the Gregorian to go back in time, though, because it matches the solar year better. 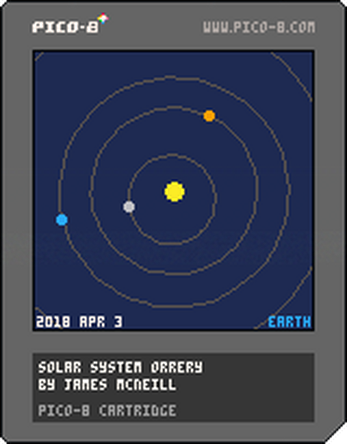